Born and raised in the Napa Valley of Northern California, Rennie grew up running through vineyards with fishing poles and bb guns. Already a visionary, his adventures created memories fit for a picture. He started skateboarding and playing drums in bands in high school. His first photos were taken side stage of the Bay Area music scene— documenting his friends with a Nikon FM his uncle gave him. His camera became a necessary appendage. At a young age, he knew that photography would play a significant role in his life. After a few tours with his band and years of making homemade skate videos, Rennie attended the Academy of Art College in San Francisco for film. Shortly thereafter, he attended Brooks Institute for Photography in Santa Barbara where he flourished, and could take photos and surf every day. After Brooks he moved to NYC, where he assisted and grew his skills. He took photos and Polaroids of his friends, music, parties, and the culture that surrounded him whenever he had the opportunity. Though NYC was a great inspiration to his work, he needed to get back to the West Coast. A road trip with his friends across the states brought him back to California.

Today, Rennie shoots for advertising clients such as Nike, Apple, Sony, Target, Converse, Vans, Nordstrom, and Microsoft. He resides in Los Angeles with his wife Sarah, son Lucien, daughter Josephine, and their boxer— Princess Leia Daisy Storm Trooper Solis. Rennie loves film, being on set and creating, taking photos and documenting moments that inspire real feeling, and he loves his family. They are his heart. He also loves to surf, and he loves hot sauce on everything. To put it simply, Rennie loves life. 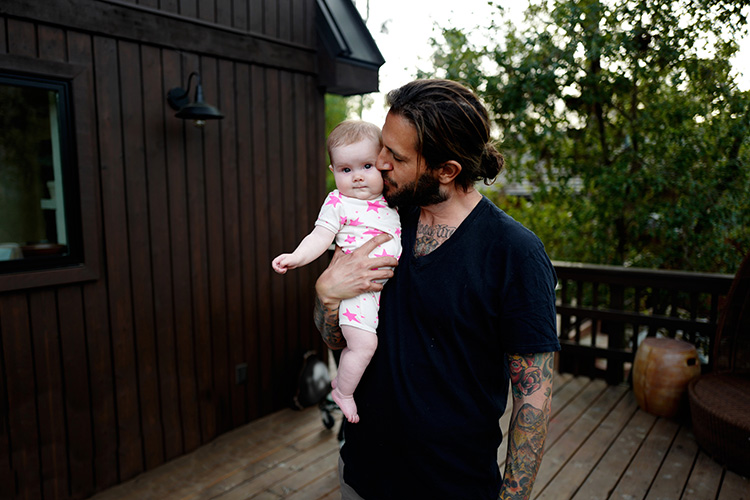