What makes a memorable photo? Sometimes it’s content, sometimes it's character, and sometimes, as in the case of Maren Caruso’s photo of an orange, it’s color. Caruso, a professional photographer based in San Francisco,  Los Angeles and New York, was doing a test with food stylist Alicia Deal when she made the photo in her San Francisco studio.

“We wanted to photograph a citrus fruit attached to leaves, and Alicia happened to have one in her garden and brought it to the studio,”  says Caruso. “At first we wanted to just throw water at it and make it look refreshing. Alicia suggested cutting it open, and we propped up the two halves and splashed water on them and composited two captures together to make this shot.”

Caruso photographed the orange with a Canon Mark 5DS. “We were always trying to get deep focus, so we bumped up the ISO to 400 to keep the packs at fast flash duration,” she says. 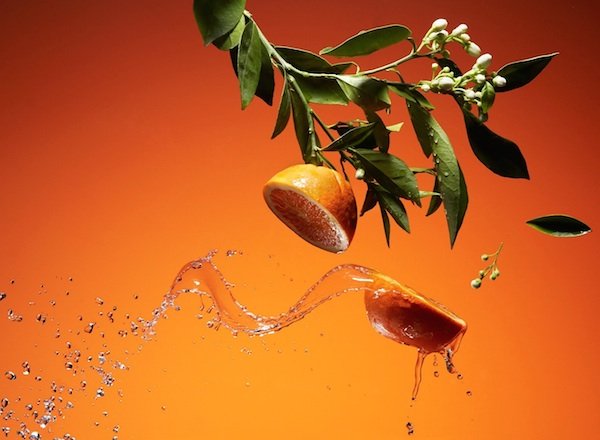